Get fresh music recommendations delivered to your inbox every Friday.
We've updated our Terms of Use. You can review the changes here.

go when the morning shineth 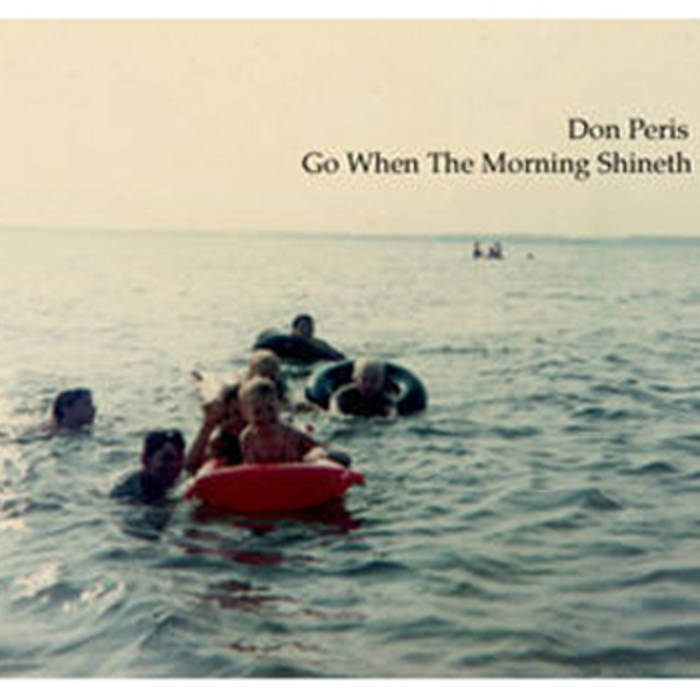 Go When The Morning Shineth is a "resplendent collection of music featuring the chiming, electromatic sound and occasional voice of Don Peris - longtime guitarist for the innocence mission. Don’s unique and unmistakable guitar tones dip and soar, shimmer with tremolo, and create strong melodies in a memorable collection of songs."

"Go When the Morning Shineth is a wistful, nostalgic recording of intimate guitar melodies and subtle backing." - John Diliberto / echos.org

"Hypnotic arrangements of guitars, drums, keyboards, and cello, most of which are played by Peris. The opener, "Day Trip," has a wonderful dreamy feel, with the reverbed guitar floating along like a reimagined '60s soundtrack. "Day Trip" is followed by "Jubilee," though the title is somewhat misleading. The music is lovely, but it's more melancholy than happy. The two vocal tracks, "North Atlantic Sand" and "Young as You Feel," fit nicely into Go When the Morning Shineth's overall design, topping off an enjoyable album with a sound all its own. - Ronnie D. Lankford, Jr / All Music Guide

"Utilizing the same sparkling guitar tones that made songs like "Bright as Yellow" and "Wonder of Birds" so indelible, Peris crafts songs that are by turns soothing and stirring." - Amelia Raitt, eMusic

See You Tomorrow -
“Both sweet and refined, one of the most beautiful albums of the new year, recalling both 60s bands like the Mamas and the Papas, and contemporaries Beach House and Beirut” Rolling Stone, France

Bandcamp Daily  your guide to the world of Bandcamp

Quelle Chris joins the show to discuss his most recent release, "DEATHFAME"